peep they are amazing behind the curtain Introverts people may hide their inner feelings and excitement from other people, but it doesn’t mean that they can’t express themselves creatively.

Sometimes introverts get into a situation where people are surprised that you, an introvert, can express themselves. It happens everytime where people think that if a person is an introvert, they can not show their excitement. It can also be seen in reality shows. Like, someone who seems to be introverted is then told that their singing reaction from the crowd was not expected. This is said as a compliment and so openly that people often don’t notice it.

I remember taking a poetry workshop class in college, and at the end we were asked to present our favorite poem from the last half – year term. After I read my poems, my professor complimented by saying how, I am always quiet and reserved. But my poetry has a point when you least expect it. In another way, my professor and classmates were surprised that I was able to express myself with a good range of emotion in the poetry. Because, throughout the sem, I was what they said a “quiet person” and I would work on my poes independently. And, I was not surprised at this way of thinking because it had come up all the time in high school, as well.

It’s important to point out that introverts can be expressive like extroverts.

Many of the introverts are there who express themselves by their creativity.

The first example is Post Malone and how he expresses himself best through his music.

At that time, when he was nominated for “Record of the year” at the 63rd Grammy Award, they put a video of him conversing about this. In that video, Post Malone explains that he is a very introverted person. And how,  on this day,  when fans talk to compliment him backstage, he gets shy and easily agitated. The energy he gets from the co]rowd allows him to get into the moment fully and share that through his performance. Music is and will always be a way for him to express himself.

The second example is of a famous introvert and that is Ed Sheeran.

An article that talks about Ed Sheeran, as he is an introvert. Mentions how his fans would go to his concerts “to enjoy his campfire solo songs” as he charmed them with the bluff extroversion of a scout leader. As he’s a famous artist who always performs at concerts and gets in touch with the crowd. A lot of people would not expect that he is an introvert. The article also mentions that he’s “encumbered by deep sorrow, with a (talent) for public self expression”. As he’s an introvert, he’s able to capture the attention of his audience, getting himself expressed by relatable songs.

The third example, the author of The Catcher in the Rye, was very much an introvert.

This can be seen in the movie about him, Rebel in the Rye, in which we see him keeping away the fame that came along with the publication of his book. This was the only novel that he published. And according to an article Salinger confirmed in a 1974 interview that he continued writing after that novel. Saying that there “is a marvelous place in not publishing”. And it’s peaceful. They mention that the interview “seems to confirm the idea that Salinger grew disappointed with the limelight. And sought the comfort of an arrogant home life in the New England country”.

How Do Introverts Express Themselves? By Tapping Into Their Natural Creative Side.

Many of the times, introverted people prefer to switch into their creative side and express themselves through different creative mediums. I had all throughout my life, it’s been through writing, singing or painting. In an article, Michael Chaplin talks about how having this “creative space” is common and helpful for introverted people. Like for me, writing is the place where I feel more comfortable in expressing myself. For other people it could be anything like, singing or dancing.

By writing, I can say anything, that I’m thinking and of the feeling with no restrictions and pressure. It helps me to have time to put it all down on paper, and then I can choose to share with anyone with whom I want. Writing puts a positive mark on my life because it has given me a safe space to express my thoughts and feelings with self and others. I also like the free space and choice to either write for myself. And send my writing to anyone I so choose, post it online, or get it published.

How to Start Your Creative, Effectively Conveying Journey as an Introvert

Like I said before there is no right or wrong way to express yourself. It does not have to be the extroverted way or the way most people expect. Even if sharing your work does take you to step out of our comfort zone, there are ways to do it the way you’re comfortable. And it’s a bonus that you can decide when or if you would like to share things, and with whom.

There are some other tricks to express yourself as an introvert. It can be through many different mediums like, comedy, acting, singing, writing and many more. You may feel as though you aren’t artistic enough or friendly enough, for certain purposes. And some ways to do it are, by joining community classes, school clubs, or volunteering for a cause that you have a strong belief in. As an introvert, it may be seen great in amount, so consider them trying online first, which may be less overawing. 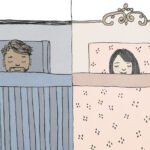 Introvert Space
Back to Top
Close